For most people, the first thing that comes to mind whenever they come across the phrase “family law” is divorce. Divorce, while a huge part of family law, is just one area of the said legal field.

Family law encompasses a wide range of matters covering anything and everything that pertains to family matters and domestic relations.

Along with divorce, child support, property division, and child custody are the most common areas of family law. Here’s an overview of what each area involves.

Divorce is a legal decree that dissolves a marriage. Once a divorce becomes final, both parties will no longer be legally bound to each other. They can move on with their lives, free to remarry or forge a domestic partnership with another person.

Both parties can go for a “no-fault” divorce or a “fault-based” one.

Under no-fault divorce statutes, a spouse can file for divorce without holding the other spouse responsible for the marriage’s end. Loss of affection, irreconcilable differences, and irremediable breakdown are among the grounds for a no-fault divorce.

Fault-based divorce, meanwhile, can be obtained based on grounds that include domestic violence, adultery, drug and alcohol abuse, and abandonment.

When resolving child custody cases, courts in most jurisdictions rule based on the best interests of the child. The factors that determine what’s best for the child may vary from state to state, or from judge to judge. Generally, those factors include, but are not limited to:

The relationship of the child with both parents, siblings, and others who may have a significant effect on the child

The child’s preferences, as well as that of the parents

The overall physical and mental health of the child, parents, and other parties involved

Considering how stressful a child custody case can get, it is often better for all parties to resolve custody issues out-of-court. Such a settlement is possible if both parents come to an agreement that is in the best interest of the child.

Divorce, paternity, and legitimation cases often give rise to child support issues. Child support revolves around the policy that both parents have an obligation to support their children.

In most cases, the mother is the custodial parent, while the non-custodial father is the one who pays child support. It’s not unheard of, however, for the roles to be reversed.

The guidelines that govern how much child support the non-custodial parent must pay may vary from state to state. Generally, the parent paying child support must continue to do so until:

The child is no longer a minor, except in cases when the child has special needs

Termination of parental rights through adoption or other legal processes

Each party to a divorce owns 50% of community property, referring to all real and personal property acquired during the marriage. The law dictates that everything classified as community property must be divided equally between the two parties following their divorce.

Property division always begins by identifying all of the property that either party currently owns. To accomplish this, each person must disclose all property acquired before and during the marriage. Property owned before the marriage will be considered as separate property, and will not be subject to property division.

Family law matters can get very complex. Only a qualified and experienced family law attorney can guide you through its intricacies. So don’t hesitate to hire one should you find yourself dealing with divorce and legal matters that come with it. 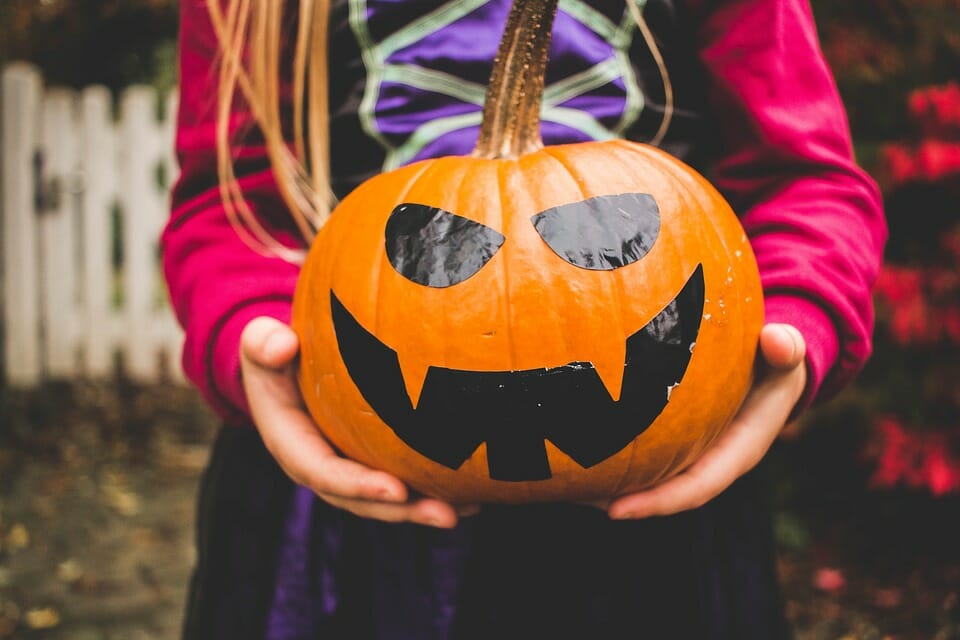 Navigating Halloween and joint custody might not be a treat, but it’s not a terror either. This is a joyful holiday for most kids, so getting them to participate in multiple celebrations with each parent is not typically a hard sell. Though tagging along for trick-or-treating might not be possible this Halloween, you and your little characters can make it a special one.

Few things are more exciting to kids than being part of planning a special surprise. Ask them to help you spread some Halloween joy to other families on your block or in your building. Create small gift bags filled with candy or little Halloween toys. Have kids create notes that explain the gifts are an anonymous treat from a neighbor (or sign your names, if you prefer). Alternately, find templates by searching online for “you’ve been boo’d” notes.

In the days before Halloween, explain that it’s time to be secret agents. Your mission is to deliver the bags to all your chosen recipients without anyone seeing you!

Like with all holidays, one of the keys to managing Halloween and joint custody is to create new traditions. You may not be with the kids for trick-or-treating each year, but you can always do your special tradition together.

Maybe on the Saturday morning before Halloween, you’ll all dress head-to-toe in costumes and go out to breakfast. Maybe you’ll have a full-day Halloween movie marathon each year, complete with themed snacks. Maybe you’ll spend November 1st trying different food combinations with all their new treats.

If your child picked their own costume, it’s probably a very beloved character. Celebrate that enthusiasm by encouraging your child to “be” their character for a full day. A kid who’s dressing up as a princess, for example, could wear her costume all day and get the full royal treatment from her butler or lady-in-waiting (that’s you).

Be careful not to damage the costume before Halloween night! If possible, have your child rewear last year’s costume for this activity, or save it for the days after Halloween.

Have a Costume Dress-Up Challenge

Dressing up is an eternally popular activity for some younger kids. In the spirit of Halloween, announce a family costume challenge. Each one of you gets to take a turn as the decider, who names a person or thing. Then everyone else gets 10 minutes to go put together a costume to match. If the decider picked “robot,” for example, you might put on gray clothing and use tinfoil to quickly make some accessories. If multiple people are playing, the decider can pick a winner for each round.

This is a special holiday for your kids, and your co-parent is probably also wishing for more time with them. Take a generous approach to Halloween and joint custody by teaming up with the kids to do something for their other parent.

If the custody schedule means you’ll miss spending the 31st with your kids, be sure to check with the school and any organizations that your child belongs to. It’s common for elementary schools, scouting groups, dance schools and so on to organize their own Halloween parades. These activities allow all family members to see the kids dressed up, perfect for parents with limited custody. 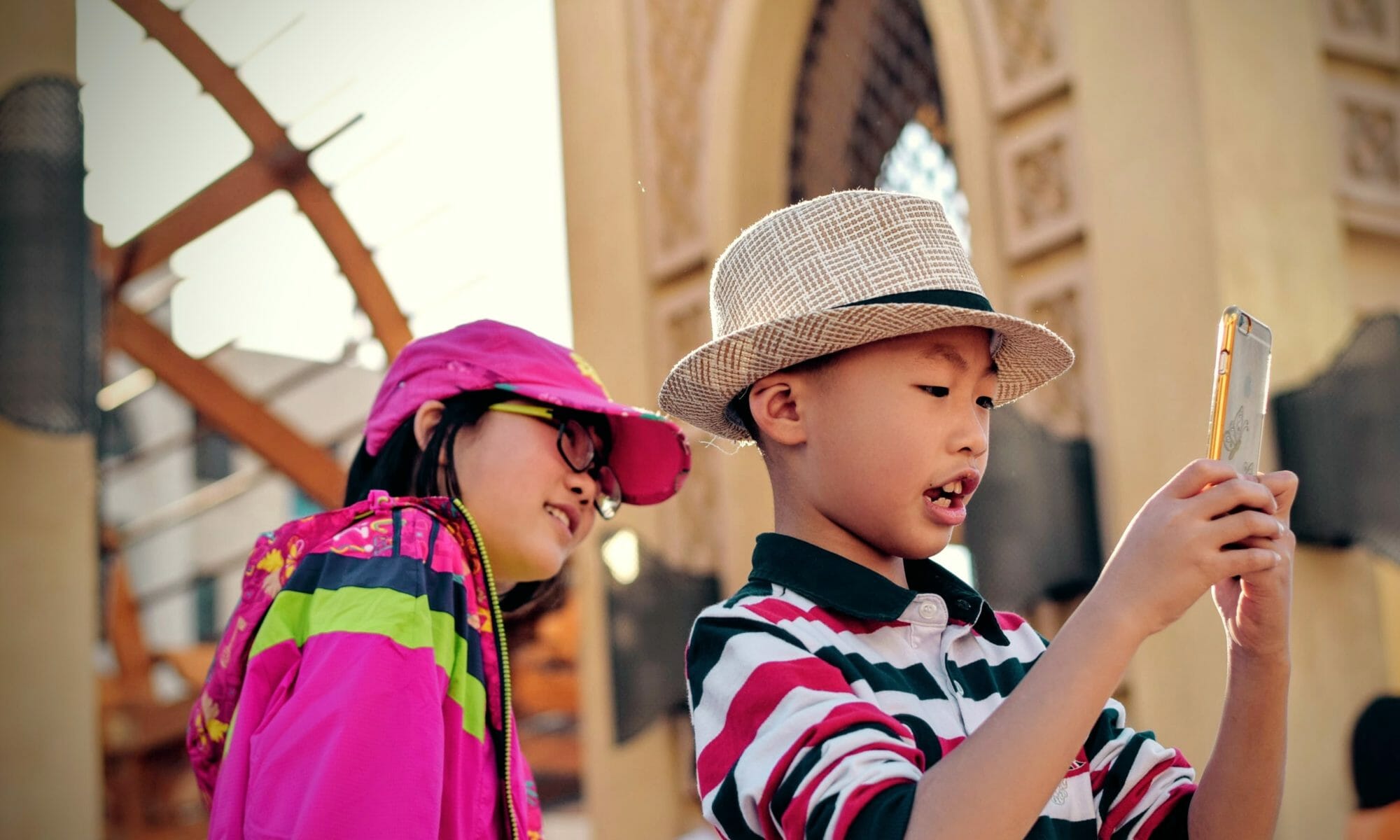 Separation is never easy and that’s doubly true when it comes to communicating with your child. If you’re a co-parent, there’s plenty of options for staying in touch with your child when he’s away. Modern technology has made communication easier than ever before!

It’s About More Than Technology

It’s completely natural to want to stay in regular contact with your children while they are away. That said, you’ll want to strike a balance between constant contact and unlimited freedom. Think about from your former spouse’s point of view: would you want your ex calling the kids every few hours when it’s ‘your’ turn?

The last thing you want to do is hover too closely. It’s co-parenting after all: let the kids have their time with their other parents! Allowing the children to stretch their legs with their co-parent is both normal and healthy.

The first step in keeping in touch with your children while they are away is to establish a set of ground rules with your former spouse. For example:

It might seem like sacrilege to the younger generations, but phones are for more than just texting. Setting up a regularly scheduled phone call for your children is a great way to remain a consistent fixture in their lives. For example, if you have a 50/50 custody agreement, a phone call every few days is usually more than enough.

Opt For A Video Call

Voice calls work wonders, but seeing someone’s face puts the conversation on an entirely new level. It’s never been easier to set up a video call — consider FaceTime, Skype, and Facebook Messenger — so feel free to embrace this technology. Your children will thank you for it!

Texting is a way of life and for good reason: it’s convenient! Regular contact via text is simple, flexible, and adequate for most pedestrian conversations. Texting is far less intense than a phone call and is inherently casual. As such, it’s great for keeping in touch on minor details (“How was the movie?”) and doesn’t detract from the co-parents time with the kids.

Of course, it can be tempting to overreach when it comes to texting and expect a constant flurry of messages. Try your best to avoid this — no one likes a helicopter parent — and remember that your ex’s time is just as valuable as yours. The more freedom and leeway you afford the children, the better the relationship.

Bring Your Former Partner Into The Mix

Imagine setting up a board game for a night in only to find your kids having a video chat with your former partner. Surprises like that are unwelcome on both sides of the co-parenting coin!

Take the time to introduce your co-parent to the ways in which technology can be used to keep in touch. Establishing firm boundaries is a great way to ensure that technology helps (and doesn’t detract) your parenting relationship. For example, try avoiding phone calls during overnight visits where you might induce a sense of homesickness. Likewise, avoid asking too much about your former partner during conversations: focus on the children, not your ex.

Keeping In Touch Shouldn’t Be A Chore

When it comes to staying in touch with your children while they are away from home, keep it casual. Talk to your former partner and establish a set of ground rules and go from there. Between phone calls, video chats, and texting, there’s plenty of ways to keep in touch.

Make sure to respect your co-parent’s parenting time and your children will love you all the more for it!